The chili pepper is the fruit of plants from the genus Capsicum, members of the nightshade family, Solanaceae. We Produce, Process only two following premium varieties of Red Chili.

The bhut jolokia pepper has been in the running for the hottest pepper in the world for some time now – in fact, it actually held the Guinness Book of World Record’s record for the world’s hottest pepper from 2007 until 2010.

In addition to being a common household ingredient in certain parts of India and Bangledesh, it has also been used as a homeopathic remedy for stomach pain, a way to beat the summer heat. We process many variants of this spicy Chili like smoke dried, Oven Dried, Flakes, Powder, Paste etc

Having Heat value upto 175,000 Scovilles real punch can grow upto the size ranging from less than a centimeter to 2.5centimeters. They mature to red or purple, and have a tapered shape, with a blunt or pointed tip. Historically found in the eastern part of India as wild, it has recently been grown commercially in most parts of North East regions of India. 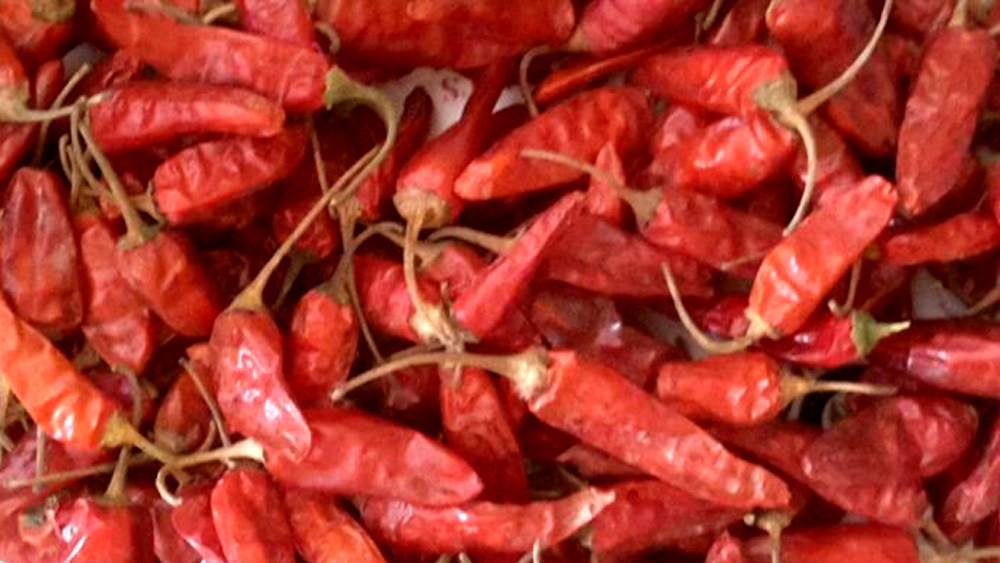 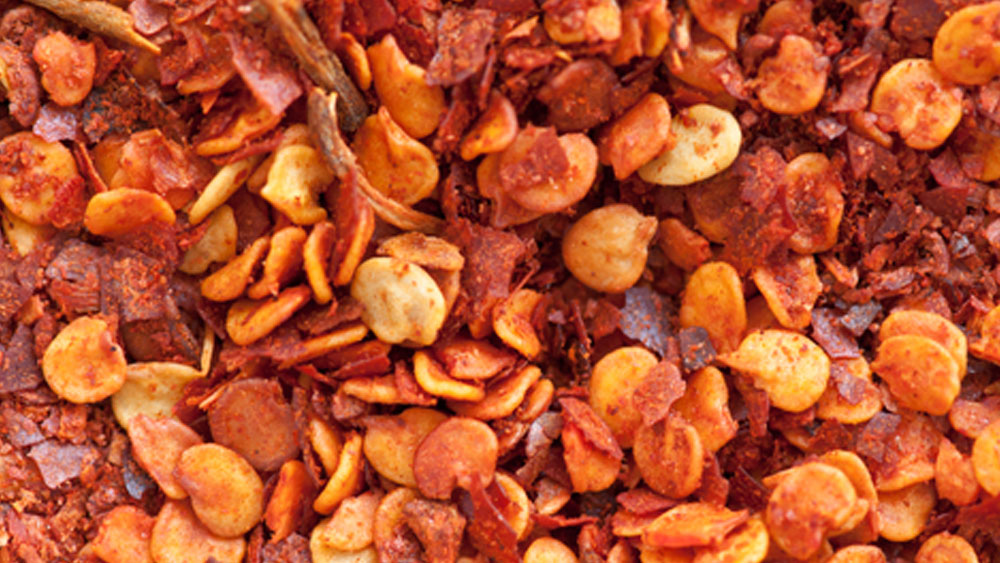 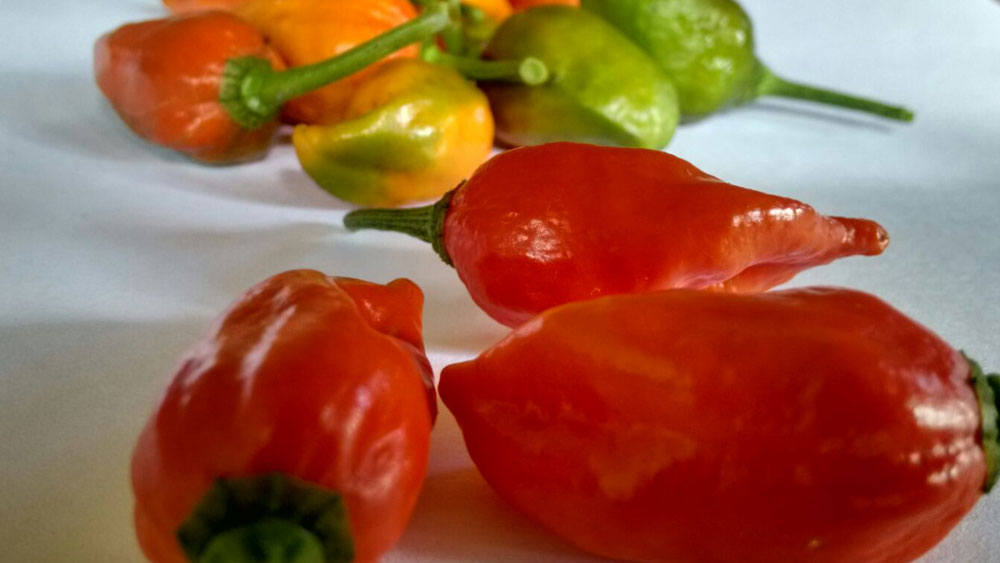 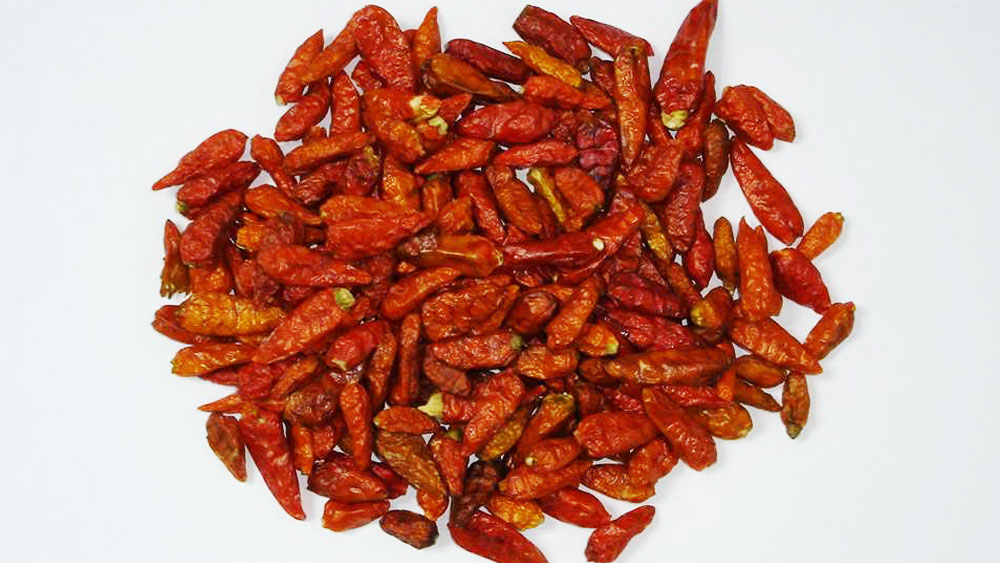 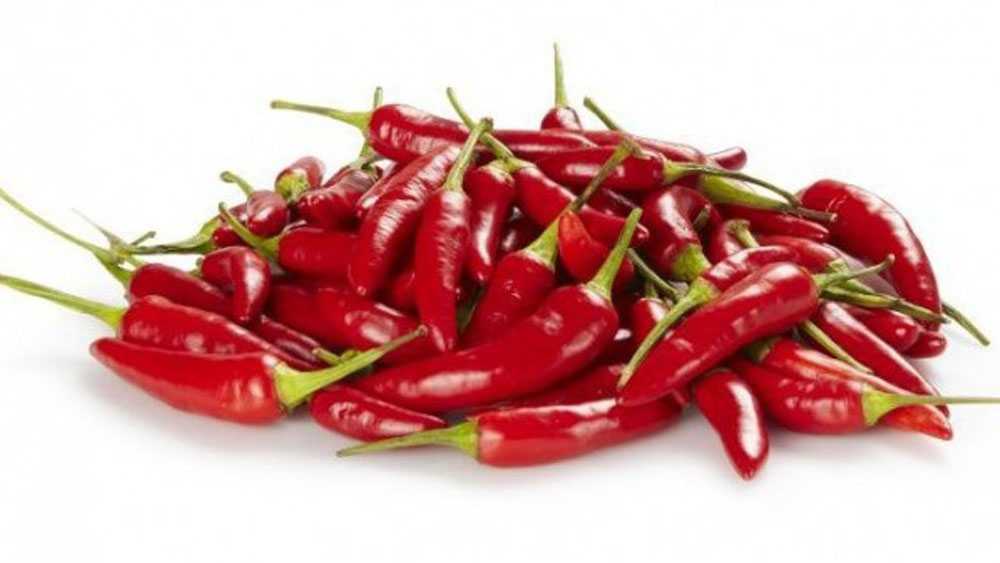 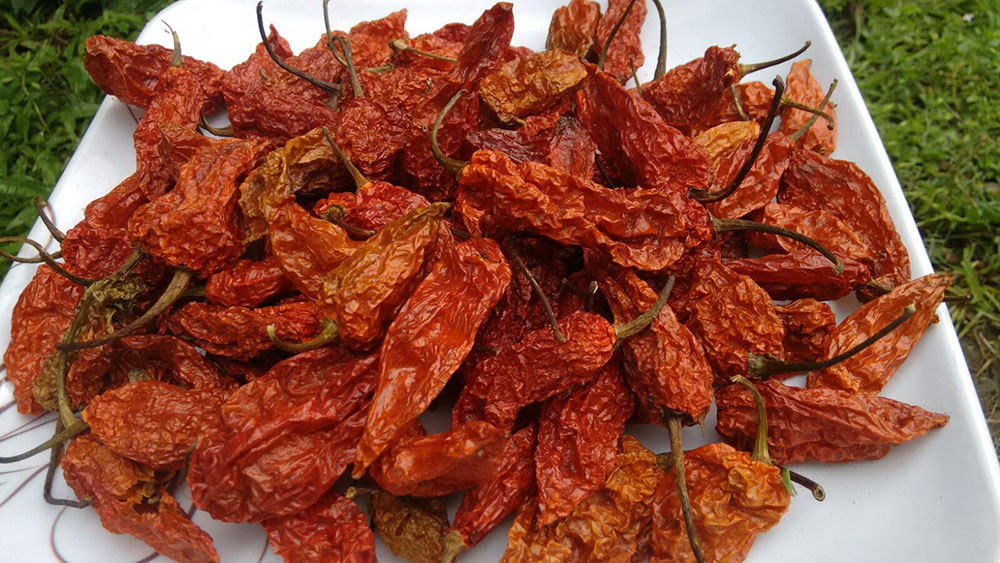